​SUNTZUDO FACEBOOK GROUP
The Art of War for Today 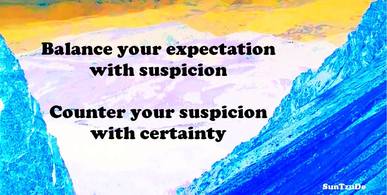 ​
The greatest challenge with understanding the Art of War is bringing down to a personal level. A level where the reader can relate to the words and message being read. If or when, the reader understands that when Sun Tzu uses the terms, sovereign, general and commander, he is speaking of the reader. This book was written for the reader who would have been primarily a general or a commander. Wise sovereigns though would make sure they were totally acquainted with the contents of the books.

For those who have just discovered this book and want an immediate impact on their lives, this is the way. Imagine you are the sovereign, general and commander in your life. You are the one making all the critical decisions that affect your life. So it flows that if you start behaving in a manner that Sun Tzu suggests your life should show an immediate benefit.

Students of the Art of War understand that there is no one line, proverb or chapter that will solve your problem or win that battle. The challenge is to be able to find the gems scattered throughout the thirteen chapters and then reassemble them in to an order that makes sense. These two steps are displayed below. Now it is up to the student to learn the proverbs and understand how when used together unleash a powerful understanding, in this case leadership and how personal qualities are so important. This is not a complete list of proverbs on these topics. This is just an introduction. The more you read, the more you understand, the more powerful you become and so the better your life should become.  There are no guarantees though.

Is it ironic that the first proverb in which Sun Tzu uses the term general is a huge plug for himself or a touch of indulgence by the author Lionel Giles?  One will never know and in the overall scheme of things irrelevant. However it is helpful at times to take a somewhat tongue-in-cheek view of the chapters.

The opening two proverbs of this book are the most powerful of any book ever written. How you handle conflict is the single most important factor of your life. It will lead you to victory or defeat, good times or bad, riches or poverty. However it is not until chapter three he outlines how grave the importance of the general, you, are to your own safety, prosperity and health. You are the bulwark of the state. You are the best defence against bad things happening to you. The state he referred to is the government he lived under, for us it is how we govern our own lives. How do we rule ourselves? What laws and habits have we adopted in order to live our lives? Do we make learning a habit or an accident? Have we paid attention to improving our character or understanding what our strengths and weaknesses are?

The greatest lie you will ever be told is that everyone is born equal. This is the lie that leads many to a life of misery. Everyone is different, born with different abilities and inherent weaknesses. This is no excuse for not making the most of what we are born with. One of the great levellers is knowledge and the ability to use it. Knowledge of yourself, your enemies, the situation you are in and what you view as victory.

A modern battle that helps demonstrate this is the battle between Bill Gates and Steve Jobs. Bill Gates founded Microsoft on April 4, 1975and Steve Jobs founded Apple on April Fools’ Day 1976. Both came from humble beginnings and both were among those who understood how computers would dramatically change the world.  Both were seen as enemies of IBM, the biggest computer company in the world at that stage. Enemies but not serious rivals. Microsoft would grow to be bigger than IBM ever was.

Bill Gates aimed his company at the business world and Steve Jobs at the home market. The two men with their abilities, companies and vision changed the world. Microsoft is the biggest business software company in history and Apple revolutionised how the world communicates with the iPhone. Bill Gates and Steve Jobs were the bulwark of their companies and their own personal fortunes.

Both men understood they had become sovereigns, generals and commanders and changed their behaviour accordingly.  They assembled their armies or workers and set about growing their armies (companies). They knew their enemies and dangers they had to face and overcome. They developed strategies and tactics to achieve their victory.
​
As their companies grew and expanded, so did these men develop as individuals and professionals. They developed their skills and grew their knowledge base. They reached out to ally or hire those would turn their ambitions into a reality. First they had to command themselves and from there they could command others. Sadly Steve Jobs has passed way. Bill Gates is now applying his considerable knowledge, personal qualities and finances to charitable activities.

Not everyone can be a Bill Gates or Steve Jobs, however we can learn from their examples and improve ourselves and our situations. Your challenges will be as tough and difficult to you as theirs were to them. Size of our challenges is irrelevant, how we deal with them is far more important.
​
When reading the following extracted proverbs, read them as applying to you in your life as a sovereign, general and a commander. Doing so will give you a point of reference and relevance. You may be surprised, happy or upset at what you might discover. Whatever you discover, you now have a starting point to apply the Art of War in way you have never had until this moment.
​
​Life is 10% what happens to me and 90% of how I react to it.
John C. Maxwell

The Commander stands for the virtues of wisdom, sincerely, benevolence, courage and strictness.
Sun Tzu
I. 15. The general that hearkens to my counsel and acts upon it, will conquer: let such a one be retained in command! The general that hearkens not to my counsel nor acts upon it, will suffer defeat:--let such a one be dismissed!

4.7. The general who is skilled in defence hides in the most secret recesses of the earth; he who is skilled in attack flashes forth from the topmost heights of heaven. Thus on the one hand we have ability to protect ourselves; on the other, a victory that is complete.

7.1. Sun Tzu said: In war, the general receives his commands from the sovereign.

8.1. Sun Tzu said: In war, the general receives his commands from the sovereign, collects his army and concentrates his forces

8.4. The general who thoroughly understands the advantages that accompany variation of tactics knows how to handle his troops.

8.5. The general who does not understand these, may be well acquainted with the configuration of the country, yet he will not be able to turn his knowledge to practical account.

9.40. To muster his host and bring it into danger:--this may be termed the business of the general.

9.45. If a general shows confidence in his men but always insists on his orders being obeyed, the gain will be mutual.

10.14. Now an army is exposed to six several calamities, not arising from natural causes, but from faults for which the general is responsible. These are: (1) Flight; (2) insubordination; (3) collapse; (4) ruin; (5) disorganization; (6) rout.

10.18. When the general is weak and without authority; when his orders are not clear and distinct; when there are no fixes duties assigned to officers and men, and the ranks are formed in a slovenly haphazard manner, the result is utter disorganization.

10.19. When a general, unable to estimate the enemy's strength, allows an inferior force to engage a larger one, or hurls a weak detachment against a powerful one, and neglects to place picked soldiers in the front rank, the result must be rout.

10.20. These are six ways of courting defeat, which must be carefully noted by the general who has attained a responsible post.

10.24. The general who advances without coveting fame and retreats without fearing disgrace, whose only thought is to protect his country and do good service for his sovereign, is the jewel of the kingdom.

11.34. Thus the skilful general conducts his army just as though he were leading a single man, willy-nilly, by the hand.

11.35. It is the business of a general to be quiet and thus ensure secrecy; upright and just, and thus maintain order.

11.42. When invading hostile territory, the general principle is, that penetrating deeply brings cohesion; penetrating but a short way means dispersion.

12.15. Unhappy is the fate of one who tries to win his battles and succeed in his attacks without cultivating the spirit of enterprise; for the result is waste of time and general stagnation.

12.16. Hence the saying: The enlightened ruler lays his plans well ahead; the good general cultivates his resources.

12.18. No ruler should put troops into the field merely to gratify his own spleen; no general should fight a battle simply out of pique.

12.22. Hence the enlightened ruler is heedful, and the good general full of caution. This is the way to keep a country at peace and an army intact.

13.4. Thus, what enables the wise sovereign and the good general to strike and conquer, and achieve things beyond the reach of ordinary men, is foreknowledge.

13.20. Whether the object be to crush an army, to storm a city, or to assassinate an individual, it is always necessary to begin by finding out the names of the attendants, the aides-de-camp, and door-keepers and sentries of the general in command. Our spies must be commissioned to ascertain these.

13.27. Hence it is only the enlightened ruler and the wise general who will use the highest intelligence of the army for purposes of spying and thereby they achieve great results. Spies are a most important element in water, because on them depends an army's ability to move.

One last point for you consider. The Art of War was written by one man for other men. One undeniable thread throughout the book is how the actions of an individual is most important. The critical action of the individual is decision making. How to make them, when to make them, on what information are they based and where to get such information. In short, this book could have been written by Sun Tzu for you.

Read, ponder, investigate. Invest in yourself and reap the rewards.


​
Balance your expectation with suspicion

Counter your suspicion with certainty
​
SunTzuDo