For whom was the art of war written?

SUNTZUDO FACEBOOK GROUP
The Art of War for Today 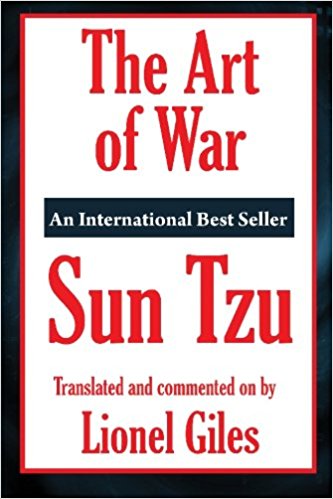 Historians have argued for centuries questions on who wrote the book. In recent decades the book has been applied to many different topics and fields of endeavour to the chagrin of the puritan historians. For today’s readers, the real central question is not ‘who wrote the Art of War’, the real question is ‘who was the Art of War written for?’ This is a vastly different question and definitely more relevant to people today.

For the sake of argument, we will assume that it is unimportant who wrote it, the audience would have been the same. The target reader would have been highly educated men of character who were intimately familiar with the workings of the military. To hold these assumptions is easy to do. First the book was an extremely guarded secret. Shown only to those expected to defend the realm. Generals were predominantly male, although females’ warriors were common and many lead troops into battle. The Warring States period was dominated by male rule and this must be taken into account. The leaders would be educated and education was mostly reserved for the very rich families. The ability to read and write was not as widely spread as it is today.

The Art of War is just one of many texts written about warfare around the same time as the Art of War. The book was one of the Seven Military Classics. According to Ralph D. Sawyer and Mei-chün Sawyer, who created one of the latest translations, the Seven Military Classics include the following texts: Jiang Ziya (Taigong)'s Six Secret Teachings, The Methods of the Sima ,Sun Tzu's The Art of War ,Wu Qi's Wuzi,Wei Liaozi,Three Strategies of Huang Shigong and Questions and Replies between Tang Taizong and Li Weigong.  Generals and ambitious leaders would go to great lengths to get a copy of any of these books. Only the Art of War has gained a following in the west.

In reality, the target audience would have been extremely small in number. Those caught with a copy or reading it without permission would probably have been put to death.  In chapter thirteen Sun Tzu writes: If a secret piece of news is divulged by a spy before the time is ripe, he must be put to death together with the man to whom the secret was told. The Art of War and other military texts would be considered such a secret. Sharing the knowledge of these books is akin to opening your arsenals to the enemy. Why would your arm your enemies? Today we have a flood of information of biblical proportions, then it was a drought on the extreme opposite end of the scale. Ponder on this for a moment, people could have been executed for a book you can now get off the internet for free.

Individuals of Character
Of the five constant factors to be taken into account when judging who will win, two refer to the individuals, the Moral Law and the Commander. If the commander possessed the five cardinal virtues of humanity; uprightness of mind; self-respect, self- control, wisdom and courage, then he stood a very good chance of achieving Moral Law. He would then understand how to use the make benefit of the other three constants of Heaven, Earth and Method and discipline.


Educated
The reader is expected to be educated. Not just in military matters but widely educated. He is knowledge in areas like leadership, philosophy, religion, social manners and behaviour, law (both civilian and military), the seasons and logistics. Knowledge is highly prized and when it comes to comes to conflict, then foreknowledge is held highest of all. In Chinese tales, myths and legend, those who excel only in fighting are portrayed as those just above buffoons. Respected and revered but on a level far below those who have mastered both the pen and sword.  The Chinese realised that education comes in three forms, books, people and experience. The educated learned by reading classics like Confucius when he wrote “By three methods we may learn wisdom: First, by reflection, which is noblest; second, by imitation, which is easiest; and third by experience, which is the bitterest”.  Today we have two basic forms of education. Formal, school, college, university and informal, that gained by living life. Education should be a lifetime habit, a deliberate choice not the occasionally repeating accident.

Imagination
If you have no imagination then this book is not for you. There are two examples relating indirectly to the importance of imagination. The first is the mention that there are not more than five musical notes, yet the combinations of these five give rise to more melodies than can ever be heard. To turn noise into music demands imagination. He then says that in battle, there are not more than two methods of attack - the direct and the indirect; yet these two in combination give rise to an endless series of manoeuvres. To devise surprising and original tactics also demands imagination. To take a well-known tactic and use it in a surprising manner can only be accomplished with imagination.

Courage
Courage is held as one of the five virtues in a military commander and people in general. To benefit from the Art of War, you will need to possess courage. There is more than one form of courage, that of the mind and that of the body. Some would say that there is only that of the mind, because this is the beginning point of all courage. Aristotle agrees with this point when he says ‘courage is the first of human qualities because it is the quality which guarantees the others’. Courage is needed to face your faults and weaknesses. Courage is required to change, yourself first and others when needed. Most of all you will need the courage to burden the outcomes of when you get it wrong. Not blame the book but accept it is your level of understanding that fails you. Epicurus tries to educate us when he said: You don't develop courage by being happy in your relationships everyday. You develop it by surviving difficult times and challenging adversity.

Women
History demonstrates very clearly that women are warriors the equal of men. We cannot know what was in the mind of the author of the Art of War however history shows us that women can benefit from the wisdom contained within the book.

Taking all this into account and then putting it aside. The Art of War is written for those who truly understand the first lines of the Art of War. Sun Tzu said: The art of war is of vital importance to the State. It is a matter of life and death, a road either to safety or to ruin. Hence it is a subject of inquiry which can on no account be neglected. It is written for those who truly accept that the general is the bulwark of the State; if the bulwark is complete at all points; the State will be strong; if the bulwark is defective, the State will be weak. The term ‘general’ is separated from age, sex, belief system, country of origin, social status and era of history they live in. This could mean you but don’t take it for granted. The Art of War is not written for everyone. Just because you can read it does not mean it is written for you.


Thus, what enables the wise sovereign and the good general to strike and conquer, and achieve things beyond the reach of ordinary men, is foreknowledge. The Art of War is written for those who will take the time and make the effort to study the book, not just reading it over and over but actively blending it into their everyday lives. The Art of War is a large part of the foreknowledge Sun Tzu writes about. A book is very much like a gun. Just because you have one does not prove you know how to use it. Similarly to a gun, you can do a lot of damage while learning how to use it properly and appropriately. So if you have the sagacity of mind that Sun Tzu mentions, you will benefit. If you don’t then you won’t. In truth, you will never know until you give it a try.

​
SUNTZUDO FACEBOOK GROUP
The Art of War for Today